Bin Roye, the block bluster pakistani movie of 2015. The lead roles were played by Humayun  Saeed, Mahira Khan, Armeena Khan and Javed Sheikh. It is a romantic-drama movie directed by Momina Duraid. It is a kind of love story with a happy ending. This movie goes well on big screen not only in Pakistan but all over the world. On box office it do the business of 14 million US$, worldwide, which is very good. The film is based on an original novel Bin Roye Aansoo. The film was released on 18 july 2015.

Umro Ayyar
0.0 (0)
Category: Lollywood
Umro Ayyar will be another most awaited Pakistani movie...

Zarrar
0.0 (0)
Category: Lollywood
Zarrar is an upcoming Pakistani movie. It is an... 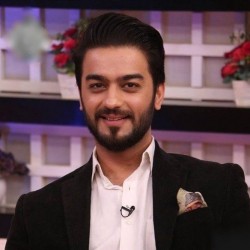