Judai is a drama was telecast in 2016 on ARY Digital every Wednesday at 09:00 pm. The drama is directed by Roomi Insha and the story is written by Parisa Siddiqui. Judai is presented by iDream Entertainment. The drama is starring many famous actors in lead roles such as Samina Peerzada, Saima Noor, Usman Peerzada, Firdous Jamal, Neelam Muneer, Affan Waheed, Sana Askari, Khalid Malik, Faryal Mehmood, Amber Wajid, Imran Aslam and Others. Drama story is revolved around Life is another name of reality and most of the times reality breaks happiness and dreams. It was also a happy family just before the reality was revealed. 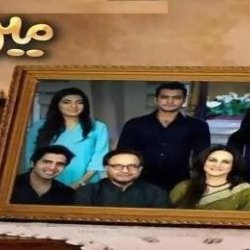