Monday
8:00 PM
Tuesday
No
Wednesday
No
Thursday
No
Friday
No
Saturday
No
Sunday
No
Repeat Timings
N/A

Rehaai was a drama released in 2013. It was airing on Hum Tv every Monday at 8 PM. The drama was directed by Mehreen Jabbar and the story is written by Farhat Ishtiaque. The cast of the drama includes Samina Peerzada, Danish Taimoor, Noman Ijaz, Adnan Jilani, Maria Wasti and more. The story of the drama is very interesting. It is the drama of a child who got married in childhood.

Baandi
0.0 (0)
Category: Pakistani
Baandi was a famous drama airing every Sunday at...

Mangharat
0.0 (0)
Category: Pakistani
Mangharat is a new Pakistani drama serial which will... 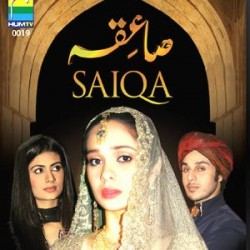 Rani Nokrani
5.0 (1)
Category: Pakistani
Rani Nokrani is a Pakistani drama serial which is...