Yalghaar is the most awaited upcoming pakistani movie. In which Humayun Saeed, Ayesha Omer, Shaan Shahid and Adnan Siddiqui are in  lead roles. Many actors are doing there debut in this film.

This film is based on the true story of Pakistan Army's Swat Operation. Hassan Waqas Rana, the director, writer and the producer of this movie said that film is a tribute to the children of the Peshawar School Attack 2014. This is the most expensive pakistani movie till date.

One Nation, One Army, One War

Location
England
MK
Mahmood khan
Report this review Comments (0) | Was this review helpful to you? 2 0
Yalgaar
June 30, 2017
Overall rating
4.8
Plot
5.0
Cast Performance
5.0
Sound Track
5.0
Cinematography
4.0
Value For Money
5.0
Hi Last night i have watched Yalgaar movie at Vox cinema Dubai,here i will congrates entire team of Movie.
they done brilliant job specially i want to prais Bilal Ashraf and Villain Humayun Saeed.Shan shahid no need any comments he is superstar of our Country.keep it up Hassan Rana sahb. 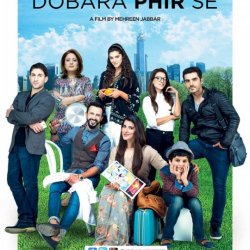