Careers In
Actor
Net Worth
$2 Million

Xander Berkeley is the famous Hollywood actor who got so much fame with the role of George Mason in the famous thriller political television series 24. He got so much success from the television industry. His popular television series are The Mentalist, Nikita, The Walking Dead, Talking Dead and many more. He started his career as a film actor in 1981 with Mommie Dearest. He appeared in various hit films such as The Assassin, The Guardian, Terminator 2: Judgment Day, Apollo 13, One Night Stand, Superman/Batman: Public Enemies,  and Son of Batman. He is currently busy in shooting for his two upcoming films. 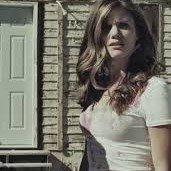