Tara Mahmood is one of the famous and oldest actresses in Pakistan. She is also a very well known singer. She started her carer as a singer in 2004 and gave may single like Mere Naam, Tujhe Pata To Chalay and Aye Na. She appeared in few films and got so much famous. Her best known roles in films seedlings and Good Morning Karachi made her successful in this field. She also appeared in few dramas such as Mohabbat Subha Ka Sitara, JAckson Height, Diyar-e-Dil and Nazr-e-Bad.

Naima Khan
0.0 (0)
Category: Pakistani
Naima Khan is one of the good and well-known...

Fahad Sheikh
0.0 (0)
Category: Pakistani
Fahad Sheikh is a Pakistani young and a talented... 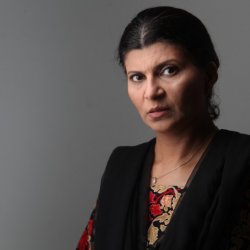