Son of Kashmir (Burhan) is an upcoming Pakistani animated feature film, Directed and Written by Rana Abrar and produced by "WBJ Media" (Animation Studio) "Messenger2050". The film is based on the Kashmir liberation movement against India.

The movie is based on the issue of the freedom for Kashmir and tells the story of a young Kashmiri boy (Burhan) who is able to become a fighter within the Kashmir liberation movement and through daring, courage, and self-sacrifice wreaks massive destruction on the Indian occupying military.

Aftermath he was brutally martyred by the Occupying forces (the Indian army) but he became an iconic figure of the freedom movement and imparting a new vision to liberation movement against India.

Laal Kabootar
0.0 (0)
Category: Lollywood
Laal Kabootar is a new Pakistani movie which will...

Salute
0.0 (0)
Category: Lollywood
Salute is a Pakistani movie. The main cast of...

GUMM
0.0 (0)
Category: Lollywood
Gamm is a Pakistani movie which will be released... 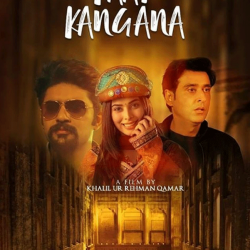 Yalghaar
4.4 (10)
Category: Lollywood
Yalghaar is the most awaited upcoming pakistani movie. In...
Return To Top
All Rights Reserved 2008-2021 Pakistani.PK
backoffice@pakistani.pk