Careers In
Net Worth
$10 Million

Peter Capaldi is one of the popular television and film actors in Hollywood industry. He is also known as a writer and director. He appeared in various films and got so much fame. His popular films include The Love Child, Doctor Who, Sea of Souls, Peep Show, The Thick Of It, 10 Minute Tale and many more. He won several awards at BAFTA Awards, Academy Awards, British Comedy Awards and ICS Awards. 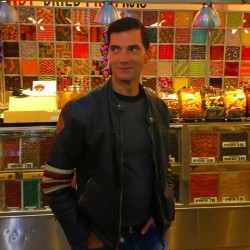