Overwatch  is the Worldwide played Video game. Overwatch is designed by  Jeremy Craig,Michael Elliott, Scott Mercer, developed & Published  by Blizzard Entertainments  The Genre is Action-Adventure with Multiplayer Mode. The game was released Worldwide on May 24 , 2016 for all the platforms.

Overwatch made US$525 million overall sale. From June 2016 to October 2017 it was announced by the brand that almost 35 million copies were sold out. 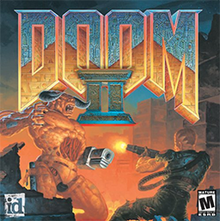