Omi butt is a Pakistani actor. He was born on 1st January in 1980. In 2017 he joined Pakistani drama industry and appeared in the drama serial Iltija. He is also working in Seerat, and Tum Mujrum Ho. He has gained much popularity for his comedy role in drama serial Resham Gali ki Husna. He has a handsome and beautiful personality. He is currently living in Karachi Pakistan. 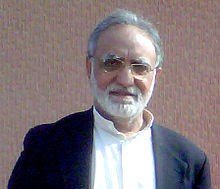