Navid Negahban is an Iranian-American actor. He made his brilliant appearance in various hit films like Homeland and 24. He started off his career with television industry and made his television debut in 2000 with The Invisible Man. He has a handsome and bold looking personality which inspires everyone. He is also a well-educated actor. Now he is in the top of famous and talented actors of Hollywood. Since 2000 he has been working in an American television serial and appeared in his 1st movie The Fallen Ones in 2005. His upcoming movie is Aladdin in which he is playing a role of The Sultan.

If you are looking for Navid Negahban profile, date of birth, family, salary, and photos then you can find this information here. You can also find the public opinions and reviews about Navid Negahban here.

Jared Harris
0.0 (0)
Category: International
Jared Harris is an English actor. He is a... 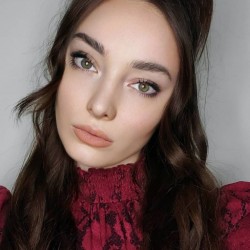 Matthew Mcconaughey
0.0 (0)
Category: International
Matthew McConaughey is an American actor who is playing...

David Cross
0.0 (0)
Category: International
David Cross is one of the famous actors of...