Jalaibee is a 2015 Pakistani Action-Thriller film written and directed by Yasir Jaswal. The actors in the film are the popular television star. The film stars Danish Taimoor and Ali Safina in lead roles, along with many super talented actors in supporting roles. It is the first Pakistani film to be shot with an Arri Alexa camera.  It is about the intertwined stories of numerous relatable characters who are all struggling with their problems, and who somehow connect on a unifying level. The film was the super hit blockbuster. 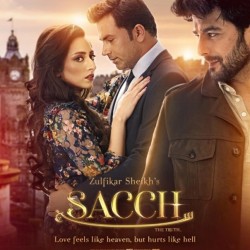