Digangana Suryavanshi is an Indian film Actress, Author, Singer  and a Songwriter. She was born in Pune, Maharashtra India in 1997. Suryavanshi along with her parents moved to Mumbai at the age 15 from Pune, Maharashtra. Suryavanshi has attended her high schooling and college from Pune High School and Colleges in the vast field of Arts. Suryavanshi begun her filming career from 2002 when he first appeared on the big screens of the Hindi TV Serial " Kya Haadsa, Kya Haqeeqat" released in 2002 which was the tuning point for her future filming career. Suryavanshi is well known because her debut Drama" Veer ki Adraas... Veera" released in 2013.

Vivek Oberoi
0.0 (0)
Category: Indian
Vivek Oberoi is a very best and a young...

Vineet kumar
0.0 (0)
Category: Indian
Vineet Kumar is an Indian Actor. He was born...

Ashi Singh
0.0 (0)
Category: Indian
Ashi Singh is an Indian Television Actress. She is... 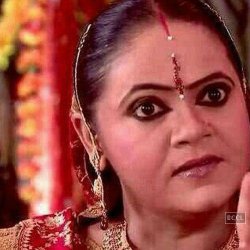