Careers In
Actress
Debut Drama
Zalmen: or, The Madness of God (1975)
Debut Movie
It's My Turn (1980)
Famous For
Falling in Love (1984)
Awards
Academy Award for Best Supporting Actress
Net Worth
Under Review

Dianne Wiest is an American most Gorgeous and Talented Actress she was born on 28 March 1946 in Kansas City, Missouri, United States. She has won twice Academy Award For Best Supporting Actress, for the Woody Allen film Hannah and Her Sisters (1986). She has also won many awards for her best and attractive work in many Hollywood film and Television Series.

If you are looking for Dianne Wiest's biography, date of birth, education, wallpapers, and family then you can find this information here. You can also find the public opinions and fan reviews about Dianne Wiest here.

Betty Gabriel
0.0 (0)
Category: International
Betty Gabriel is an American one of the famous... 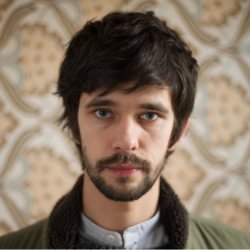 Mindy Kaling
0.0 (0)
Category: International
Mindy Kaling is an American most famous and Talented...