Monday
No
Tuesday
No
Wednesday
No
Thursday
No
Friday
8:00 pm
Saturday
No
Sunday
No
Repeat Timings
N/A

Bashar Momin was a family entertainment drama. The drama was airing on Geo Tv every  Friday at 8:00 pm. The drama is directed by Syed Ali Osama and the story is written by  Zanjbeel Asim. The drama starring many famous actors such as Faisal Qureshi, Sami Khan, Yasir Mazhar, Noman Ijaz, Sundus Tariq, Maheen Khan, Ushna Shah, Hina Khawaja Bayat, Khawaja Saleem, Hina Rizvi and Others.  A story about a woman who was wrongfully accused of adultery and her daughter from the second marriage, who later finds the truth about her mother's past

Mere Humrahi
0.0 (0)
Category: Pakistani
Mere Humrahi was a popular family drama of its... 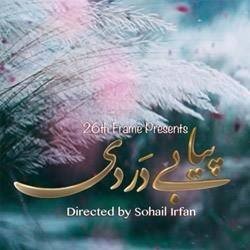 Pardes
0.0 (0)
Category: Pakistani
Pardes is a Pakistani drama serial that is airing...

Mera Raqeeb
0.0 (0)
Category: Pakistani
MEre Raqeeb is a Pakistani drama serial which was...