Today on 9th of September Apple held a press event and announced number of their products, Apple iPad Pro is one of them. iPad Pro comes with a lot of new features, razor sharp look and even more light weight, but with added power. It has massive 128 GB of storage, nano sim, Apple sim and finger print sensors.

Not only that, but it has series of amazing new features bundled with it, such as smart keyboard with magnetic dock, iCloud service, Noise cancellation feature, Siri, Tv out put so that you can play your media files on TV. It also has document viewer and editor for quick office related tasks, you can also edit your photos and tweak them to look better. As for iPad pro price in Pakistan, it is likely to cost around 99,000/- Rs in Pakistani currency. This beautiful gadget shall release some time around in November. 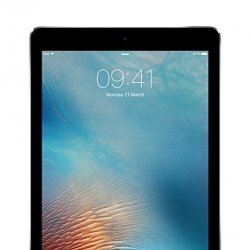