Amma Aur Gulnaz is a Pakistani drama serial which aired on GEO TV in 2011. It is produced by Samina Humayun Saeed and Shahzad Nasir. It has a romantic and emotional story of a couple in which Faiza Hassan and Humayun Saeed are playing leading roles along Beenish Chohan, Saleem Mairaj and Babar Khan. It has 25 episodes which were written by Shaista Aziz and directed by Syed Atif Hussain. 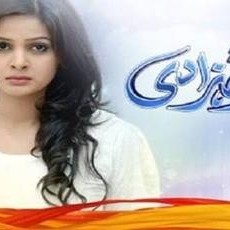