Careers In
Net Worth
Not Available

Yasir Nawaz is a famous Pakistani actor, director, model and producer who have worked for the Pakistani drama and film industry. His famous drama serials are Hamari Adhoori Mohabbat and Nadaniyan. He is married to the morning show host Nida Yasir. He is the elder brother of the well known comedian named Danish Nawaz. He is the producer of the movie Wrong Number.

Location
Lahore (hafizabad)
SK
Sherry k.G (khurram gulzar)
Report this review Comments (0) | Was this review helpful? 0 0
my intro
August 03, 2016
Overall rating
5.0
Mass Popularity
5.0
Personality
5.0
Performance
5.0
aoa,i m ismail malik . age 16.i want to play a role in any drama or ad . kindly give me a chance to prove my talent.any type of role. 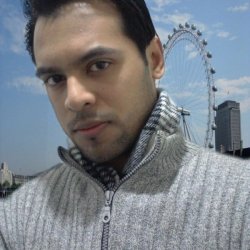