Suzain Fatima is a Pakistani actress and model. She is a very beautiful and gorgeous actress. She is a young and famous actress and has played many leading roles in famous dramas. Fatima is a new face in the industry but she is doing very will and getting fame in Pakistan because of her acting skills. Fatima has also worked in Indian Television in drama serial Parwaaz. She is famous for her acting in Meri Maa Drama as Fatima. If you are looking for Suzain Fatima profile, drama list, age, education, photos and videos then you can find them here. You can also find the public opinions and reviews about Suzain Fatima here.

Ali Tabish
0.0 (0)
Category: Pakistani
Ali Tabish is a young and fresh face of...

Kanwal Khan
0.0 (0)
Category: Pakistani
Kanwal Khan is a Pakistani actress. She was born... 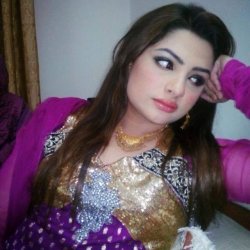