Shamayel Tareen is a Pakistani actress and model. She was born in Lahore on 23rd January 1994. She recently started her career in drama industry. She is currently acting in so many drama serials. She is a sister of two famous actresses Zara Tareen and Hira Tareen. If you are looking for Shamayel Tareen biography, age, drama list, photos and videos then you can find them here. you can also find the public opinions and reviews about Shamayel Tareen here.

Maham Nizami
3.7 (1)
Category: Pakistani
Maham Nizami is a precious actress for the Pakistani...

Location
Quetta
M
Mahdaim
Report this review Comments (0) | Was this review helpful to you? 4 1 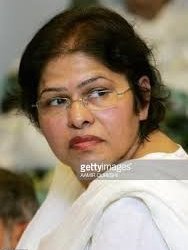