Sana Javed was born in Jeddah, KSA. She is a model and an actress. She is very sensible and adorable women in Pakistan. Sana Javed is working on so many projects right now. If you are looking for a complete biography, wallpapers, videos of Sana Javed then you can find this detail here.

Sana Javed was born on 27 March 1983 in Jeddah, Saudia Arabia. She raised up in Madina while doing so many Umrah in her life. Javed used to be live in a religious family where they enjoyed every occasion of ISLAM. She completed her graduation from the University of Karachi and then she moved to Karachi, Pakistan where she started her showbiz career. She is one of the cutest and humble actresses in Pakistan. She is considered to be a very beautiful actress in Pakistan outside and inside.

After completing her school from Jeddah her family moved to Karachi where she completed her masters and earned a degree from Karachi University. Sana Javed started modelling in 2008 where she did lots of ad commercial like Lipton, Eva Banaspati, Warid Glow, and Coca-Cola. In 2011 she was offered a drama Shehr-e-Zaat where she did a supporting role. Her character was liked by so many people which helped her get the attention of big brands and director. There are lots of drama serials where she did leading and supported roles such as Pyarey Afzal, Goya, Mera Pehla Pyar and Adhori Aurat. She stepped in Lollywood in 2011 in a movie Bhai Log where she played a minor role, but then she got a leading role in 2017 in movie Mehrunisa V Lub U against Danish Taimoor. Javed is currently working on lots of upcoming projects.

Maira Butt
0.0 (0)
Category: Pakistani
Maira Butt is such a beautiful host, newscaster and...

Duaa Kanwal
0.0 (0)
Category: Pakistani
Duaa Kanwal is an anchor person who is very...

Jami
0.0 (0)
Category: Pakistani
Jami is the director of Pakistan industry his full...

Location
pakistan
H
Husnain
Report this review Comments (0) | Was this review helpful to you? 0 0
Sana javed
July 13, 2018
Overall rating
2.7
Mass Popularity
2.0
Personality
2.0
Performance
4.0
Hi I m shoraim I m artists without t.v I live in Islamabad Tomorrow I see your drama Khaani on Internet your excellent performance I m 13 years old I love your drama scepally you Because I M very small & you are very big and sweet one
The one and only
Sana javed

Location
Riyadh ksa
A
Ash
Report this review Comments (0) | Was this review helpful to you? 5 1 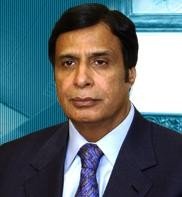 Hasham Ahmed
0.0 (0)
Category: Pakistani
Hasham Ahmed is a Pakistani TikToker. He lives in...

Farah Ali
5.0 (1)
Category: Pakistani
Farah Ali is Pakistani TV actress and she is...

Reshma
5.0 (1)
Category: Pakistani
Reshma was the most popular singer of Pakistan. She...