Nadeem Baig the well known personality of Pakistani Media.  He is a Pakistani Actor, singer, producer who has acted in several films and TV drama serials. He has played leading roles in more than 200 films. Nadeem has won several awards. He is the most nominated performer in any major acting category with 23 nominations. 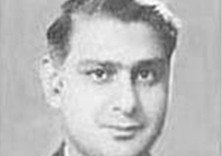