Mere Qatil Mere Dildar is a Pakistani romantic drama serial which tells us romantic story of Maham (Mehwish Hayat) and Umer (Ahsan Khan) but their luck is not with them, the family of Umer rejected his love and decided Maham's wedding with Umer's elder brother Bakhtyar (Adnan Siddique). Bakhtyar did not accept Maham with all his heart. Maham has a victim and innocent role. The serial was aired on HUM TV in 2011 and in India it aired on Zindagi channel on 5 August 2014. 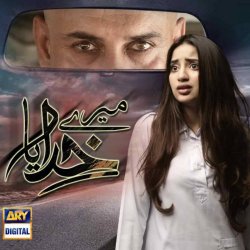