Mehr Sher was born in Raleigh, North Carolina, USA. She is an American-Pashtun. She has earned a BA degree in International Relationship from North Carolina State University.

In May 2015, After completing her graduation she started her journalism career as a freelancer. She was the known blogger on Nation.com.pk. She was an English newspaper writer. Mehr Sher joined PTV Sports as sports anchorperson. She has also worked as an anchorperson on PTV News. In February 2017, she joined BOL Network as a host where she hosted a current affair show Live With Shahid Masood, which was then moved to News One.

If you are looking for Mehr Sher profile, wedding, family, education, photos, and videos then you can find them here. You can also find the public opinions and reviews about Mehr Sher here.

Overall rating
4.5
Mass Popularity
4.0  (3)
Personality
4.7  (3)
Performance
4.7  (3)
Great personality
October 22, 2018
Overall rating
5.0
Mass Popularity
5.0
Personality
5.0
Performance
5.0
Bold and Beautiful
H
Hasan
Report this review Comments (0) | Was this review helpful to you? 0 0
GREAT AMBITIOUS DAUGHTER
October 20, 2018
Overall rating
3.3
Mass Popularity
2.0
Personality
4.0
Performance
4.0
I follow shahid Masood's programme but as per your participation its not as we expected you join any media house or do any program where you can really show Pakistan a good and livable country as well as to improve or change our society its not one day job but you can start and raise a cause with solid solution and from there you GO.
I left Pakistan 40 years ago lived 4 different countries went 4 times to settle but failed My prayers with you to succeed and help that country where from bottom to top is (?).
Thanks if you read my comment

Location
Gujrat
ع
علیم
Report this review Comments (0) | Was this review helpful to you? 2 0 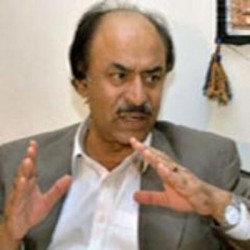