Mehar Bano Aur Shah Bano is a Pakistani drama serial which is directed by Fahim Burney and written by Seema Ghazal. The serial is revolving around the story of two sisters Mehar Bano (Mahnoor Baloch) and Shah Bano (Sara Loren). In the serial Adnan Siddique and Noman Ejaz are also playing leading roles. In 2012 the serial was telecasted on HUM TV by the production of Mushroom Productions & Noor ul Huda Shah.

Manchali
0.0 (0)
Category: Pakistani
Manchali is one of the popular television family drama... 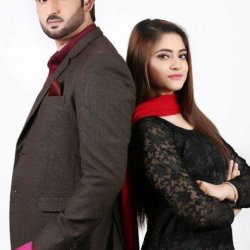 Zer-e-Behas
0.0 (0)
Category: Pakistani
Zer-e-Behas was an amazing night talk show with the...

Dooriyan
0.0 (0)
Category: Pakistani
Dooriyan is a drama was telecast in 2015 on...
Return To Top
All Rights Reserved 2008-2021 Pakistani.PK
backoffice@pakistani.pk