Kashif Abbasi is one of the senior Pakistani Political Analyst, journalist and talk show host. He is also an Islamabad based anchorperson who is currently hosting a current affair talk show Off the Record on Ary News Monday to Thursday at 08:05 pm PST.

Kashif Abbasi was born in Rawalpindi on December 10, 1974. He completed his graduation from Rawalpindi the Barani Institute of Information Technology (BIIT). Abbasi is one of those journalists who have taken interviews of lots of famous politicians and notable personalities. He is one of the boldest anchors in Pakistan.

Kashif Abbasi was married to Meher Abbasi (before. Meher Bukhari) in June 2012. She is currently hosting a current affair show at Dunya News. Meher Abbasi was involved in a scandal where she took a planted interview of property tycoon Malik Riaz which was later discussed on Kashi Abbasi show.


WAITING FOR YOUR PROMPT REPLY

Location
UAE
H
HASEEB
Report this review Comments (0) | Was this review helpful to you? 0 0 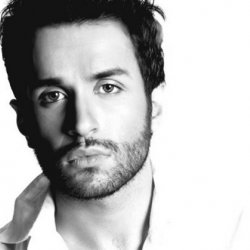