Iqra Aziz  Hussain is the very well-known Pakistani model and actress. She is a new sensation of Pakistan who got so much success in a very short time period. She got such huge praise due to her talent and devoted work. She will surely appear on a silver screen soon. She is one of the new emerging actresses in Pakistan. She is known for her amazing work in few dramas like Kissey Apna Kahien, Choti Si Zindagi, and Laaj. She is a very young and talented actress and started off her career in 2014. She is a new actress that’s why there is not much information about her family. She was born on 24 November 1994 in Karachi. She has completed her graduation in Karachi and started her career in 2014 as a Pakistani actress and model.

Iqra Aziz is a brilliant and talented Pakistani actress. She appeared in many popular dramas in Urdu Television and Hum TV. She made her debut with drama serial Kissey Apna Kahien on Hum TV. She got so much praise from this drama serial. She appeared in Hum TV’s other drama Muqaddas in 2015. In Mol, she played a lead role in Shanzey. In 2016, she got the opportunity to appear in five famous drama serials named Kisay Chahoon, Deewana, Choti Si Zindagi, Naatak, and Laaj. In 2017, she appeared in famous drama Dil-e-Jaanam, Ghairat and Gustakh Ishq. She is currently appearing in Ary Digital’s new love story Qurbaan along Bilal Abbas and Omair Rana. She has worked very hard in pursuing her career. She is now known by everyone because of her talents and skills.

In December 2019 at the end of the year, she has married to most famous Pakistani actor Yasir Hussain. They are enjoying their marriage life and happy with others.

Iqra Aziz is a famous Pakistani actress and model. She is a very talented actress and got so much fame. She appeared in various drama serials. She is now known as a new sensation in Pakistan media. She always active in her social accounts. She uses Facebook, Twitter, Instagram, and Snapchat. She is popular for her snap chat photos.

Iqra Aziz is a new emerging actress and known for her beautiful facial features. She is a cute, innocent and young actress of Pakistan. She got so much success at an early age. She is getting so much popularity day by day. She appeared in various morning shows and promoted her dramas. In 2016, she was nominated and won Best television sensation female award for HUM Awards.

Iqra Aziz is currently appearing Qurbaan drama serial and also busy in shooting of some new projects. She will soon make her debut on the big screen also. 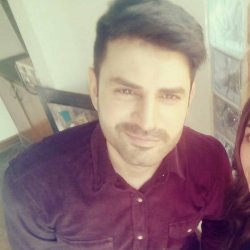