Huma Amir Shah is an anchor and a Morning show host. She is basically from Lahore and appeared on the big screen in her early age. She has done various projects as an anchor person with many private TV channels - BOL news, Geo News and many others.

Shah is currently working as a morning show host at Geo Pakistan (Ek Nayi Subha) aired on Geo News along with Abdullah Sultan. 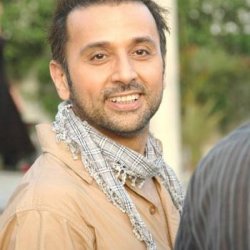