Gautami Kapoor is an Indian Film and Television  Actress and Model she was born on 21 June 1974 in Maharashtra, India.  She has also acted in many Marathi Movies. Gautami Kapoor married her Ghar Ek Mandir coaster and famous actor Ram Kapoor. They met on the sets of the TV show Ghar Ek Mandir and now they have 2 Children's daughter Sia and son Aks.

If you are looking for Gautami Kapoor's biography, date of birth, education, wallpapers, and family then you can find this information here. You can also find the public opinions and fan reviews about Gautami Kapoor here.

Prakash Raj
0.0 (0)
Category: Indian
Prakash Raj is an Indian very talented and a...

Varun Badola
0.0 (0)
Category: Indian
Varun Badola is an Indian actor who was born... 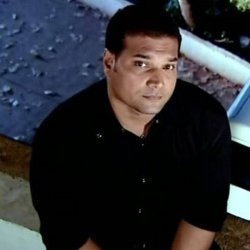