Dragon Ball Z Xenoverse Story goes around unexpected events that happens cause of unknowns appearance of prince Trunks Vegita's son his reasons for coming back in time from future is simple to stop the event that is the main reason for destruction of world future hopefully he is one of the survivor along with bulma who helped her son to go back in future and war Goku about the upcoming events and enemies that he must face .

This game is all about fight and action also this one is based on cartoon series so its one of kids favorite game and well known in all over the world this game right now competing against many similar games like mortal kombat the only difference in both game is brutality and this game do have have that kind of scenes so this game can be played by anyone no age limits what so ever this game worth giving it a try . 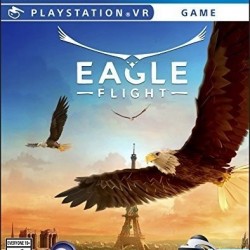 Inside (The Game)
0.0 (0)
Category: Ps4 Games
Inside is a 3D adventure puzzled game developed by...
Return To Top
All Rights Reserved 2008-2021 Pakistani.PK
backoffice@pakistani.pk