Bell Bottom is an Indian upcoming Hindi language spy thriller film. This film is directed by Ranjit M Tewari. This film is written by Aseem Arora and Parveez sheikh. In this film, Akshay Kumar leads a very Fantastic and prominent role as Rishi Vikram Khanna.

If you are looking for a Bell Bottom movie cast, release date, trailer, photos, and songs list then you can find these details here. You can also find the public opinions and reviews about Bell Bottom movie.

Phillauri
0.0 (0)
Category: Bollywood
Phillauri is a new upcoming movie which is based...

Batla House
0.0 (0)
Category: Bollywood
Batla House is an Indian upcoming film which is... 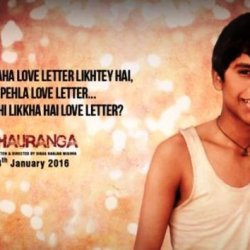