Careers In
Net Worth
$4 Million

Yousuf Erakat is a famous YouTuber of today. He is an American Actor, Vlogger, Comedian and a Prankster. Erakat was born in Fermont, California and shifted to Los Angeles after graduating from San Jose State University. His first channel on YouTube was about fitness which gave him fame a lot even before the Middle Eastern Videos.

Erakat met hands with Creative Artists Agency in Los Angeles on October 6, 2015. He has done 4 films and his new upcoming film is also releasing this year named Boo 2! A Madea Halloween and also has been awarded in more than 8 Awards from 2 of them he owns for his name.

Sophie Turner
0.0 (0)
Category: International
Sophie Turner is the most smart and stylish looking... 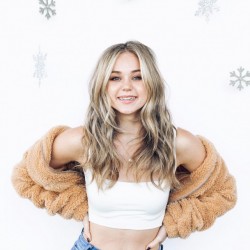