of Tamgha-e-Imtiaz.
Net Worth
Not Available

Umer Sharif is very well known comedian of Pakistan. Who appeared in so many comedy shows and did a very great work in all of them. Umer Sharif is also known as the King of Comedy in South East Asia. He started his showbiz career in 1974 from Karachi as stage performer at the age of 19. His home town is Karachi. His extremely popular 80's comedy stage plays Bakra Qistoon Pay and Buddha Ghar Pe Hai.

Umer Shareef was famous for his versatile acting, directing and producing skills that were evident in all of the different roles that he played on television. He had been diagnosed with cancer but despite this unfortunate news many fans still kept up their hope because they knew how much humor could help someone who's going through tough times like himself

He passed away from an illness at age 59 years old.

Shiba Afzal
0.0 (0)
Category: Pakistani
Sahiba Afzal is a Pakistani actress who has worked...

Sajid Hasan
0.0 (0)
Category: Pakistani
Sajid Hasan is Known as Pakistani senior and most...

Amber Khan
0.0 (0)
Category: Pakistani
Amber Khan is a Pakistani actress and hostess. She... 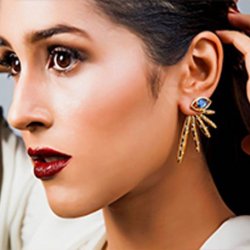