Titli is a Urdu 1 drama serial. The story of this drama based on a true story. The story revolves around 4 people. Nayla is a very beautiful lady but as well as selfish. She likes her cousin Zami who is very handsome but she got to know that he is interested in her younger sister. Nayla tells her sister to stay away from Zami.

Nayla's family gets the proposal from a very rich family. The guy name is Ahmed but Nayla likes his younger brother Ahmed. Somehow Ahmed gets married to Nayla but she is not happy with him. Ahmed and his family treat her very nicely but her demands never end.

After few years Nayla meets Ahmed who is very handsome. She starts extra marital affair with him. After few months she demands Rehan to marry with her because she will leave her husband. Rehan denied to marry her and insulted her. After this experience she understand the real faces and trying to get back to her husband. 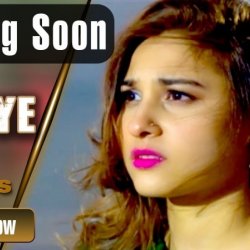