Salman Saqib Sheikh is a Pakistani actor, RJ, host and Model. He married to Hira Salman in 2008 and now he is a father of Muzammil Salman and Muddassir Salman. He is a joyful and a talented actor in Pakistani drama industry. He has hosted hum Sab Umeed Se Hain on GEO TV and HUM 2 Hamara Show on HUM TV. He  joined political party PSP Pak Sarzameen Party in 209

Sara Haider
0.0 (0)
Category: Pakistani
Sara Haider is a one of the best smart... 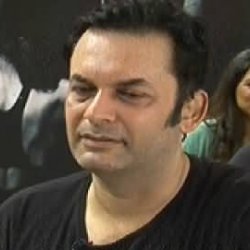