Careers In
Singer
Net Worth
Under Review

Rabi Peerzada is a famous pop singer and actress of Pakistan. She is a daughter of former Pakistan Army Officer Major Humayun Peerzada. Peerzada was born in Quetta but her family belongs to Muzaffarabad. She started off her career in 2005 and got so much success with her song Dahdi Kurri. She released her four albums named Aahat, Mujhe Ishq Hai, Dahdi Kurree and Chori Chori. She got so much success with her voice as well as her beautiful features. Rabi Peerzada was married to Tariq Shah but then they got separated, She is looking for a husband and will get married soon. Here is a list of songs which she has sung. If you are looking for Rabi Peerzada profile, wedding, family, education, photos and videos then you can find them here. You can also find the public opinions and reviews about Rabi Peerzada here. 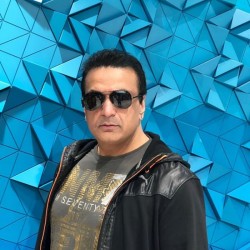