Killing veerappan is an Indian  thriller movie .The film is directed by Ram Gopal Verma .The story of the film is very interesting and revolving  around the character Veerappan. It is a film based on real story of Veerappan who is a forest brigand .The Music of the film was composed by Ravi Shankar .The film is all about thriller and drama . The film has been released on 18 December 2015 . The film's story is so interesting  that you will enjoy it . 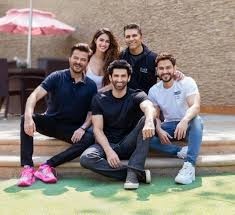