8969 is a Pakistani film that was released on 2nd December 2016. It has a murder mystery story. In this criminal movie Saba Qamar, Hussain Tiwana and Anam Goher have leading roles. It produced by A J Media PRoduction and directed by Azeem Sajjad. The music of this film has been composed by Raheel Fayyaz.

If you are looking for an 8969 movie cast, release date, trailer, photos, and songs list then you can find these details here. You can also find public opinions and reviews about 8969 movie here.

Revenge of the Worthless
0.0 (0)
Category: Lollywood
Revenge Of The Worthless is a Pakistani movie which... 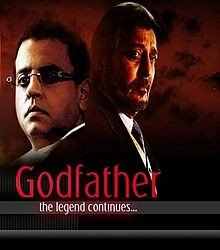 Talash
0.0 (0)
Category: Lollywood
Talash is a Pakistani movie which will be released...

Sacch
0.0 (0)
Category: Lollywood
Sacch is an upcoming love story which is all...
Return To Top
All Rights Reserved 2008-2021 Pakistani.PK
backoffice@pakistani.pk