Metal Gear Solid V Ground Zeroes this game is full of action and fantasy the story goes around an veteran soldier who got heavily injured in recent war and currently being treated while he is in comma he lost his hand and now doctors have attached more advance robotic hand that operated according to its user the name of this game base on this arm after waking up he found himself on hospital bed and for some reason he had to make a run to safe his own life to meet his comrades to complete the mission he was assigned with .

This game is full of Blood and gore that's why its only for matures and off limits to kids and teens also there's strong language so its better to play it in a place where no kid is around and the scenes are quite disturbing. This game is very popular and comes with interactive game play and open world kind of like mmo but its very different you will be assigned to different tasks and missions as a soldier and after meeting your comrades finish the unfinished task that you failed to accomplish . 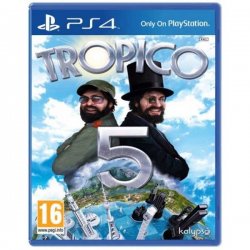 Fortnite
0.0 (0)
Category: Ps4 Games
Fortnite is an online royal battle game. In the...