Qaiser Abbas is a Pakistani famous cricketer. He played domestic matches mostly for the National Bank of Pakistan since 1999. In 2000 he made his Test debut and played against England. He also played for Rajshahi Rangers in the Bangladesh T20 Competition.

If you are looking for Qaiser Abbas biography, cricket stats, records, age, photos, and cricket videos then you can find them here. you can also find the public opinions and reviews about Qaiser Abbas here. 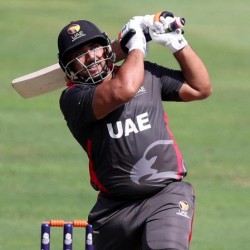