Shahid Nazir is a Pakistani well-known cricketer who took 5 wickets in his first inning. In 1996 he started his appearance in the Test match at Shekhupura against Zimbabwe. He played his last One Day International match in 2000 against Sri Lanka. He took 34 wickets in 13 Test matches. He is not playing international matches since 2007 however he singed with the Indian cricket league and played for Lahore Badshah in 2008.

If you are looking for Shahid Nazir biography, cricket stats, records, age, photos, and cricket videos then you can find them here. you can also find the public opinions and reviews about Shahid Nazir here. 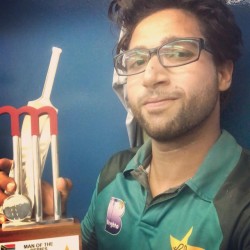 No entries were found
Return To Top
All Rights Reserved 2008-2022 Pakistani.PK
backoffice@pakistani.pk