Nadeem Khan is a Pakistani former cricketer player who is a right-hand batsman and Slow left-arm Orthodox. He is the older brother of famous cricket player Moin Khan. He played from 1993 to 1999. He played his debut Test match in 1993 against West Indies. He also played against India in 1999.

If you are looking for Nadeem Khan biography, cricket stats, records, age, photos, and cricket videos then you can find them here. you can also find the public opinions and reviews about Nadeem Khan here. 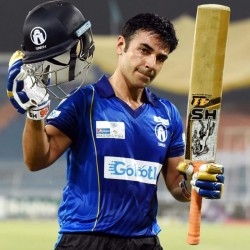