Sarfraz Ahmed is a Pakistani cricketer. His playing role is Wicket keeping. Ahmed is a right handed batsman. He is currently a captain of ODI and T20. Sarfraz Ahmed was born on 22 May 1987 (age 29) in Karachi, Pakistan. Ahmed is also a part of PSL team Quetta Gladiators. If you are looking for Sarfraz Ahmed biography, his batting career, age, photos and videos then you can find these details here. You can also find what is the public opinion about Sarfraz Ahmed. 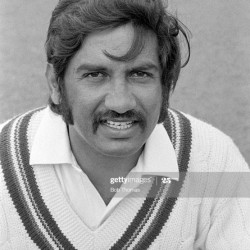 No entries were found
Return To Top
All Rights Reserved 2008-2020 Pakistani.PK
backoffice@pakistani.pk