Conceived in Lahore, Hussain was an all-rounder. He played first-class cricket in Quite a while from 1941 to 1947, and in Pakistan from 1947 to 1955. He confronted the main ball bowled in top notch cricket in Pakistan when he opened the batting for Sind against West Punjab in December 1947.

His best five star exhibitions came when he captained Sind against the visiting West Indians in 1948-49, and he scored 12 and 81 and took 4 for 66 and 1 for 19 in the drawn match. He was chosen to play in Pakistan's first delegate coordinate seven days after the fact against the West Indians, yet with little achievement. He was an individual from Pakistan's initially visiting group later that season, playing in the two matches against Ceylon in Colombo. He likewise played one of the agent matches when Ceylon visited Pakistan in 1949-50 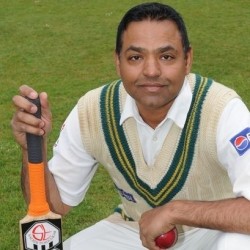